Golf Fore Africa was founded in 2007 by LPGA Hall of Fame Golfer Betsy King following a 2006 trip with World Vision to Rwanda, Kenya, Tanzania and Zambia. Betsy King was the best player in women’s golf in late 1980’s/early 1990’s. From 1985 through 1990, Betsy won a total of 20 LPGA Tour events, more wins than any other golfer in the world, male or female. She played on the LPGA tour for 28 years with 34 career wins total, including 6 major championships. She played on five Solheim Cups and was the captain of the victorious 2007 Solheim Cup. In 1995 Betsy was elected to the World Golf Hall of Fame and inducted into the LPGA Hall of Fame.

Born in Reading, Pennsylvania, Betsy played collegiately at Furman University where she was on the 1976 national championship team. King was low amateur at the 1976 U.S. Women’s Open, then joined the LPGA Tour in 1977. Betsy retired from the Tour in 2005 and dedicated her life to helping others. In 2007 Betsy founded Golf Fore AFRICA after a trip to AFRICA where she saw the devastating plight of AIDS orphans and extreme poverty. By enlisting the support of LPGA players and golfers, Betsy and Golf Fore AFRICA have raised over $6 million to build health clinics and bring clean water to villages in Zambia and Rwanda.

Golf Fore Africa was founded in 2007 by LPGA Hall of Fame Golfer Betsy King following a 2006 trip with World Vision to Rwanda, Kenya, Tanzania and Zambia. After witnessing the terrible plight of poverty and HIV/AIDS, and its devastating effects on the children of Africa, she came home with a passion to make a difference in these children’s lives and a vision to do so using her gifts and experience in golf. Betsy’s desire is to enlist golfers around the world to join the cause by linking her passion for golf to compassion for children. Golf Fore Africa exists to bring hope and change to children and families living in extreme poverty in Africa by empowering the golf community to support transformational programs that holistically enhance the families we serve. Golf Fore Africa is currently working on bringing clean, fresh drinking water to over 200,000 people in rural Africa and is committed to helping end the global water crisis by 2030. 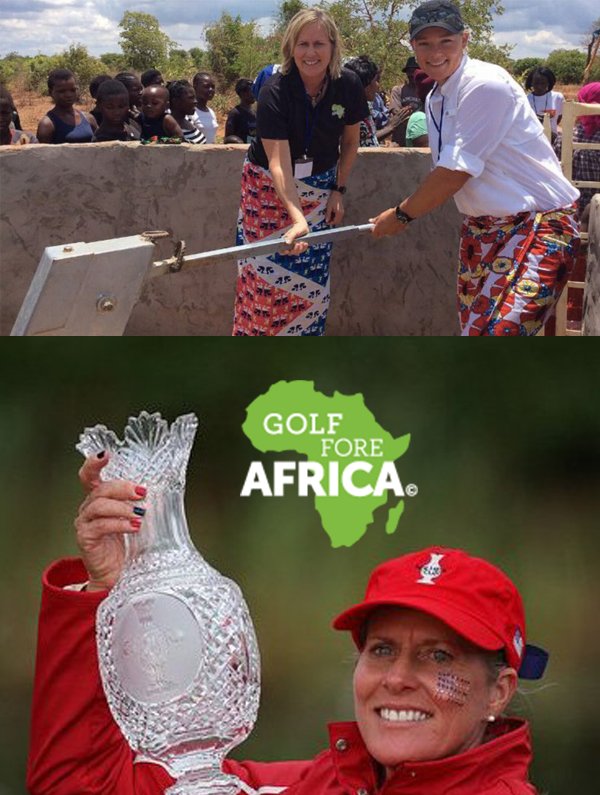 New Pathways for Youth (NPFY) is proud to partner with The Lawrence Institute to provide support and resources for youth experiencing multiple Adverse Childhood Experiences (ACEs) who are living in homelessness, poverty and are experiencing trauma as a result of repeated physical abuse, contact sexual abuse and drug/alcohol usage in the home. Through this partnership, NPFY will be able to provide age specific and comprehensive support to increase match retention, mentor efficacy and reach positive youth outcomes of college and career obtainment. This support and partnership make stories like Angelina’s and Ignacio’s possible!

Angelina was referred to New Pathways for Youth’s Transformative Mentoring Program when she was a freshman in high school by UMOM New Day Center, a local homeless shelter located in Phoenix.

At the time, Angelina was resentful of everyone and everything. She resented her mother for her drug usage and for constantly not being around, physically and mentally. She resented living in a homeless shelter and the way people treated her because of it. She resented having to take care of her little brothers, because she just wanted to be a kid herself. The feelings of resentment made Angelina feel that she was alone, so she grew a tough shell that she wouldn’t let anyone into−that is until New Pathways for Youth and her mentor, Cherry came along.

Over the past three years, Cherry has never left, even though Angelina thought she would. Instead, Cherry just kept showing up, and eventually Angelina began to build trust in their relationship. Cherry attributes being unstoppable as a mentor because of the support and coaching she has received from her New Pathways for Youth Case Manager, which has supported her in building a transformative relationship with Angelina. Through the stable and consist relationship that Cherry provides, together, Angelina and Cherry have created new possibilities for Angelina’s future. And with the support of their New Pathways for Youth Case Manager, the life skill development workshops and college readiness support, Angelina has a plan for her future. She has been accepted to Northern Arizona University and will start school in the fall. She plans on studying psychology to help families like hers and support others the way New Pathways has supported her.

Before joining the New Pathways for Youth Transformative Mentoring Program the spring of his Freshman year, the only thing that mattered to Ignacio was sports. The fall of his Freshman year at Camelback High School had been consumed with football and setting a school record for the mile of 4 minutes and 19 seconds. Ignacio didn’t have many plans for his high school career and neither did his family −he thought he would fail out of high school, like all his family had done before him. So, when the school counselor called his mom at the end of the first semester of his freshman year and said he was going to flunk out if he didn’t join New Pathways for Youth, she thought the would−flunk out that is. But instead, Ignacio decided to join the program because he wanted another outcome for his future.

After joining the program, Ignacio was matched with his mentor, Brock and together they set weekly goals to improve his GPA of 1.2. It turned out for Ignacio that having someone to believe in him like Brock was what he needed in his life to realize that sports were not the only thing that mattered. He realized that he liked accomplishing goals and working hard.

Ignacio is now 19 years old. He graduated from high school last December with a 4.2 GPA and received a full ride to the University of Notre Dame, where he will be studying architecture and he thanks his New Pathways for Youth family and Brock for showing him an opportunity that he never knew was even possible. 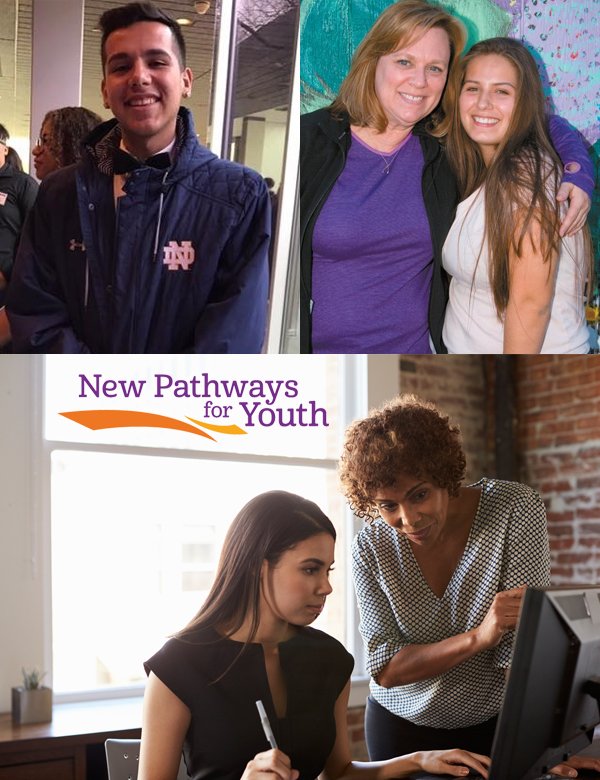 “The Lawrence Institute’s investment and expertise have made a tremendous impact on our ability to grow our small nonprofit and increase our reach into another African country. Their focus on increasing the capacity of nonprofit organizations so that they can reach the next level of leadership and impact has really impressed me, and it was exactly what we needed. Thank you, Lawrence Institute for helping us reach twice as many children and communities and increasing our capacity for many years to come!”

“I have been greatly impressed with how the Lawrence Institute funds nonprofits. With Advocates For Africa’s Children, they not only funded my position but took the time to truly understand what I needed in order to succeed at my job. With their help, I was able to go to Africa within two weeks of being hired and see first-hand the communities we serve and the projects we’re involved in. This makes a world of difference in a fundraising position to actually be hands-on with the mission of the organization. I can now speak to potential donors and others from the heart because I’ve seen the work myself. I’m deeply grateful to the Lawrence Institute for enabling myself and others to help make the world a better place.”